For this one month project, I wrote a nonfiction narrative that would be published in a book with the rest of the students in my team. Our book was called Journeys in Motion. We did this project so that students were able to develop their writing skills. We specifically learned how to: Those three things are also knows as JDD (Journey, Description, Dialogue).

I remember the day of the project launch very easily. The day started with Dr. P giving us a writing prompt about our future internship. He told us to describe where we were, what it took to get there, what our supervisor was like, etc. While the class was writing down their answers, a lot happened. This is what I wrote after I had just seen what happened: "I saw Ms. Soler repeatedly knocking on the door. After knocking for a while, a student finally opened the door. She then went down a row of students passing paper and then she went down the row again and swiped them off the table. After, she threw her shoe against the white board and went into her office. Dr. P then used a stick of some sort to hit a ball of paper (I think). He then started juggling and then put an orange headband on and started jogging around the classroom."
After all of this happened, Dr. P and Ms. Soler announced that we were going to walk to Vons so that we could find out/imagine the dreams of people in our local community. We had two choices. We could either find someone to interview or observe someone from afar. I chose to observe someone because I felt like it was easier than interviewing a random stranger.

STaging "How I Won the Right to the Streets of Memphis

​Looking back, I feel like we acted this piece out to see if it was a good narrative or not. This narrative included two key things that we needed in our own narrative which were description and dialogue. The description in this story was really good and since we were able to act this story out, you can tell it was good. Also, the dialogue helped us visualize the tone of people's voice as they were speaking which was really helpful. We split this narrative into 6 scenes so that each table group had their own scene to act. I played the main character and Victoria, Jonah, Aaron, Valeria, and Aija played the bad guys that beat me up.

In order to figure out what I really wanted to write about, I brainstormed a few story ideas that happened to me in the pas. Dr. P gave us a list of questions that would get us thinking of topics we could write about.

Looking back at these story ideas, I feel like I can't go in depth about a lot of them. A lot of them are very simple and I'm not able to talk about them in detail, so it would've been difficult if I chose one of them to be my final choice. 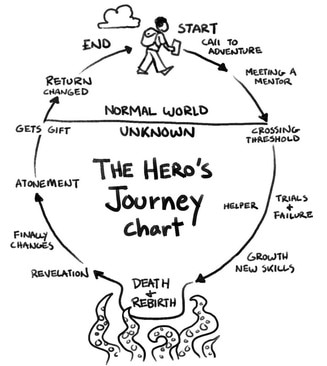 Shell Description
Describing shells was a good way for me to learn how to be more descriptive in my writing. But to be honest, I dreaded walking into class and hearing that we were going to be describing shells once again. In my shell description, I used similes and I wish that I would've done that in my narrative, but I don't think there were any parts where I could've done that so that's a bummer.

Final Narrative
Since my baseline writing was the same story as my final, I just used excerpts from that to help me write my first draft. I obviously left out some parts that weren't necessary and kept the parts that I felt were essential.

My first draft started off as me not really going into much detail as to what happened and not splitting the story into paragraphs so it was easier to read. But as time progressed and as I made more drafts, I started to realize what I needed to add and what I needed to take out.

This story required a lot of feedback from my peers. Some were helpful and some were not. A lot of feedback I received was that I needed to add more detail to certain parts.

For my final draft, I added detail to at least one part in my story, and left the rest as the same since I didn't want to make my narrative too long.

Exhibition was nothing like I imagined it to be. To be honest, I did envision people going, but that wasn't the case at all. No one showed up to our exhibition, except for one parent. Everyone else were students in the class, so we couldn't really present. What really sucks is the fact that students probably put effort into their story only for them to not be able to showcase it to visitors. Although exhibition flopped terribly, a golden moment would from exhibition would be when students presented their stories. Some students didn't even have a choice since they were volunteered to present, so it was nice to hear different people's experiences.